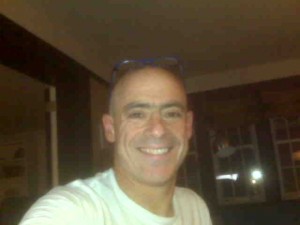 A long time ago, I decided to place my trust and my money in Wall Street. I have invested hundreds of thousands of dollars in America’s most respected companies. Over the past week, like many others, my trust has been severely tested. By midweek, I was ready to yank out whatever money I had left. But I didn’t. By the end of the week, all the losses were made up and I was even ahead on the key financial stocks. I’m confident that this scenario  will be played out many times over the next few months.

From Wall Street to Main Street, this volatility is becoming the New Normal. A good friend of mine was appointed Chief Marketing Officer of a large manufacturing company on August 28 2008. On Friday morning he was advised the company had been sold to a larger concern and his position was being eliminated. He’s now looking for a job in a very tough market.

All the companies with whom I’m working are being struck with category 4 crises. Whatever change they’ve been through in the past is being dwarfed by what’s coming at them now. The storm is breaking and, unlike Gustav or Ike, it’s likely to stay with us for a long time – maybe forever. I’m not being melodramatic. I’m being coldly realistic. Get ready to swing wildly. Get ready to celebrate huge success and curse devastating failure hour by hour.

Equanimity means mental or emotional stability under tension or strain. It’s the new have-to-have trait. Unless you can tightrope your way through the intense ups and downs of the new landscape, you’re going to fall down, very far down. In fact, the quality of your future will be a direct function of your equanimity. So don’t become too euphoric about your wins. And don’t let your losses plange you into despair. They’re all temporary and they all link to each other. Success will make you fail and failure will help you succeed.

My message here is that we all need to expand our tolerance for unpredictability, instability and fickleness. At the same time, we need to practice humility. I mean literally. Practice humility every day. Be cognisant of your gifts. Be unfailingly appreciative to others. Be a student of everything. Have faith in yourself, but don’t place yourself on a pedestal. Do what you have to do, when you have to do it, with whom you have to do it. It is what it is. What was, was. You create your future by  how you do what you do now.